What should I do when I can no longer pay my debts?

Consult an attorney for legal direction. Our team here in Huntsville offers bankruptcy filing information and guidance to those who need it. We are available and can be reached by phone at 256-617-7115 or by email at plevalaw@gmail.com. If your attorney suggests you need to file bankruptcy, stop using your credit cards. DO NOT transfer any assets to anyone. Do not try to “borrow from Peter to pay Paul” – that eventually leads you to the situation where they are both broke and both want to come after you.

Bankruptcy is relief provided by the federal government that allows people and businesses to get a fresh start financially. Bankruptcy provided for the discharge of unsecured debts and the restructuring of secured debts. Bankruptcy stops collection procedures such as garnishments, foreclosures, repossessions, tax forfeitures, lawsuits, judgments, and any other collection activities. If you want more bankruptcy filing information than our FAQ provides please contact our Huntsville attorney’s office.

Do I have to stop using ALL credit cards?

There are some cases that you may be able to keep some credit cards, but only if the creditor agrees.

Does my husband/wife have to file?

NO. If the debts remain in only one name, then there will be no need for the other to file. If a debt is joint, a creditor can however collect on the non-filing spouse after the case is over.

Who will find out about my bankruptcy? Can I keep this confidential from my landlord and employer?

While bankruptcy petitions are public records, usually employers or landlords will not find out you filed.

How do I get started?

Give us a call at 256-617-7115 or email us at plevalaw@gmail.com to schedule an appointment to come and meet with us in Huntsville for bankruptcy filing information and guides. We offer appointment times convenient to your schedule either at our office or we can meet over your computer using video conference services such as Skype, Google Talk, or iMessage. We try to make the process as easy and convenient as possible. Please feel free to give us a call and we can let you know how to get started.

What information should I bring to my first appointment?

We have a Client Questionnaire which we like for you to fill out at the initial meeting. We will need your recent pay stubs along with income tax returns from the past two years, as well as a copy of your driver’s license/social security card. While it is not essential for you to bring all of these things to the first appointment, the more information you bring, the better advice I can give you.

Before the case can be filed, there may be some other documents I will need to see, such things include: All of the bills you owe, even the ones you wish to pay (including student loans). We will often need the following items:

What are the advantages of bankruptcy?

Information on filing for bankruptcy can be very misleading and the advantages outweigh the risks in most cases. First and foremost, all of your debts will be discharged. This means that your creditors will not be able to continue to collect on the debts you are claiming. They will not be able to call you about past due payments, garnish your wages or continue a lawsuit. Quite simply, they will never be able to get any money from you regarding the debts which you owed them.

Also, if you have a secured debt such as a car loan or furniture loan with a high-interest rate, we may be able to restructure that debt and lower your interest rate and monthly payments. In some instances, we may be able to lower the amount that you owe them. If you have a mortgage that you are behind on and facing foreclosure or property tax forfeiture, filing for Bankruptcy under Chapter 13 can restructure those debts and prevent you from losing your home.

What are the disadvantages of filing for bankruptcy? I have heard that it will prevent me from getting credit for 7 to 10 years. Is this true?

Will I have to appear in court?

In both Chapter 7 and Chapter 13, you will have to attend a hearing approximately four to six weeks after filing. While this hearing is called the First Meeting of Creditors, it is conducted by a Bankruptcy Trustee and it is most common for most of the creditors to not show up. This hearing is for the trustee and your creditors to discuss and ask questions any questions they may have regarding your income, expenses, assets, and other matters.

Can I still file if I’ve received a Notice of Foreclosure?

As long as the bankruptcy case is filed before the foreclosure sale, the foreclosure can be stopped and you can save your home. In Chapter 13, we can prepare a plan which allows you time to bring the payments current.

Are all debts discharged?

Almost all debts are dischargeable, typically the main categories of debts that are usually not discharged: Child Support, Student Loans Some tax debts (most Personal Income Taxes can be discharged and all can be restructured through Chapter 13), and Debts occurred from fraud Debts for personal injury or death that were caused by driving under the influence.

What if you haven’t answered all my questions?

The information enclosed on this page is not to be assembled as legal advice and does not create an attorney-client relationship. Bankruptcy law is very complex, and you must always consult an attorney before taking any action.

According to Joan Feeney in her book, The Road out of Debt, here are some common myths that people have when they think of “Bankruptcy.”

For most people on the brink of bankruptcy, avoiding bankruptcy may be much more expensive and more difficult than filing for bankruptcy.  When you hire an attorney, the average cost of a Chapter 7 case is approximately $1500.  However, our office works with you and bases our fees on your income.  For a Chapter 13 case, the fees are set by the court in Birmingham at $3500.  Most of these fees are paid in a repayment plan.  While not cheap, the amounts you will pay are minimal when compared to your costs of not filing.  The interest alone on your outstanding debts will likely far exceed the costs to file.  If you factor in the peace of mind that you will receive once you have put your debts to rest, the expense is well worth it.  You will now be able to go forward with a fresh start.

Myth #2: You’re a Failure and a Bad Person

Most bankruptcy filings result from events in people’s lives beyond their control: job loss, medical bills, divorce. Bankruptcy was set up as a safety net for such people. You, as have most people, have worked hard to pay your bills. And like most people, your inability to continue to pay has directly resulted from a life-changing situation, such as divorce or job loss combined with the severe economic recession that has affected the world. You must keep in mind that millions of businesses and individuals file for bankruptcy each year. These companies and people complete the bankruptcy process and again become productive members of society. Bankruptcy filers are not bad people or irresponsible companies. In many ways, bankruptcy filers are responsible and conscientious because they seek to confront their financial problems rather than running away and avoiding creditors. Filing for bankruptcy can be a responsible decision.

Myth #3: Saying “I Declare Bankruptcy” in a Public Place is the Same as Filing for Bankruptcy

You may have seen this approach on television (e.g., Michael Scott on The Office), but a simple declaration does not file a bankruptcy. To file bankruptcy you have to submit a petition, a list of creditors (a matrix), and other documents, usually electronically, in the clerk’s office at your bankruptcy court.

Myth #4: Avoid Bankruptcy at All Costs

If you can work out your debts and maneuver past the hurdles erected by the credit and lending industries without bankruptcy, of course you should avoid it. But never consider avoiding bankruptcy “at all costs.” Some costs are just too much to bear. Remember, bankruptcy allows you to make a fresh start and discharges many of your debts to creditors. The longer you remain out of bankruptcy, the longer banks and creditors will pursue you for payments on their debts and the amount you owe them will grow larger due to interest accrual. Creditors will fight hard to persuade you that bankruptcy is a remedy you should never pursue. They’ll tell you this because they don’t want you to be in bankruptcy where they lose their power over you. No one knows your unique circumstances. Only you can decide whether bankruptcy is right for you. You have to weigh the positive and negative factors of your own bankruptcy for yourself.

Myth #5: Everyone Will Know

Few people will ever know you commenced a bankruptcy unless you decide to tell them―unless you are a prominent person in the community, a celebrity, or executive of a well-known corporation about whom or which the media decides to publish a story. Most people are busy with their lives and aren’t concerned with following bankruptcy cases.

If you have borrowed money from your neighbors or relatives, which we advise against, then they as your creditors will know and will be sent notice of your bankruptcy filings. Except for that, the chances are very good that the only people who will know about your bankruptcy will be you and your creditors. Bankruptcy is a public legal proceeding with a public record. Thousands of people file bankruptcy each day. Most people do not keep track of the filers and very few publications have the space, resources, or desire to publish bankruptcy filings.  After having seen the trillions of dollars the United States has given to companies in financial trouble in recent years, most people see bankruptcy court as an appropriate place for people to resolve their financial problems. 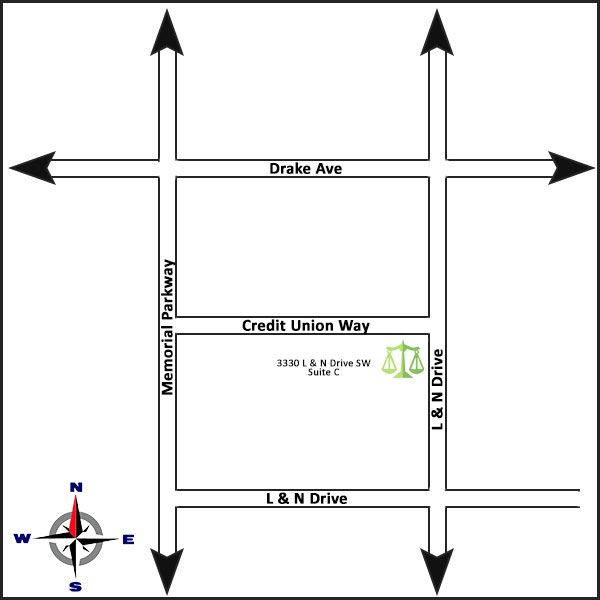